Posted at 07:56h in Latest news by debolex
Share 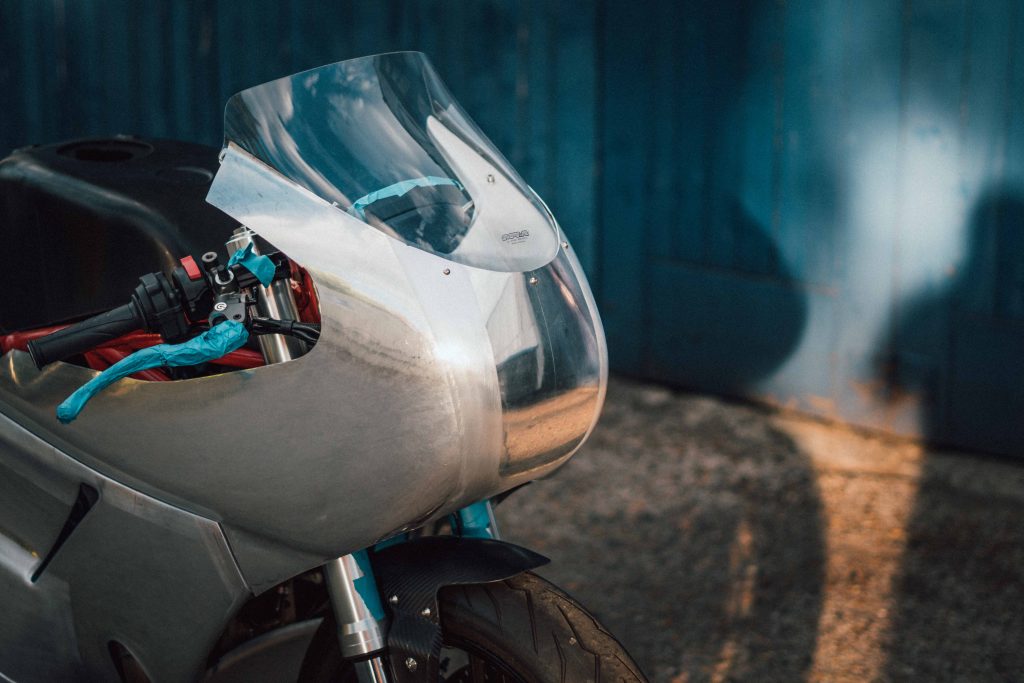 Between the busy days in the workshop it’s sometimes tough to find time to put together these updates but as we complete a certain part of the project I like to put time aside and really enjoy the process of going through the pictures and adding some back story to our creation. Each email seems to underline a completed part of the project, a kind of milestone which gives me some order and understanding of what’s been completed and what we have left. Anyway, I hope you enjoy this progress update, where we show some of the ins and outs of giving our fairing some detail and cutting the nose open to add some light! 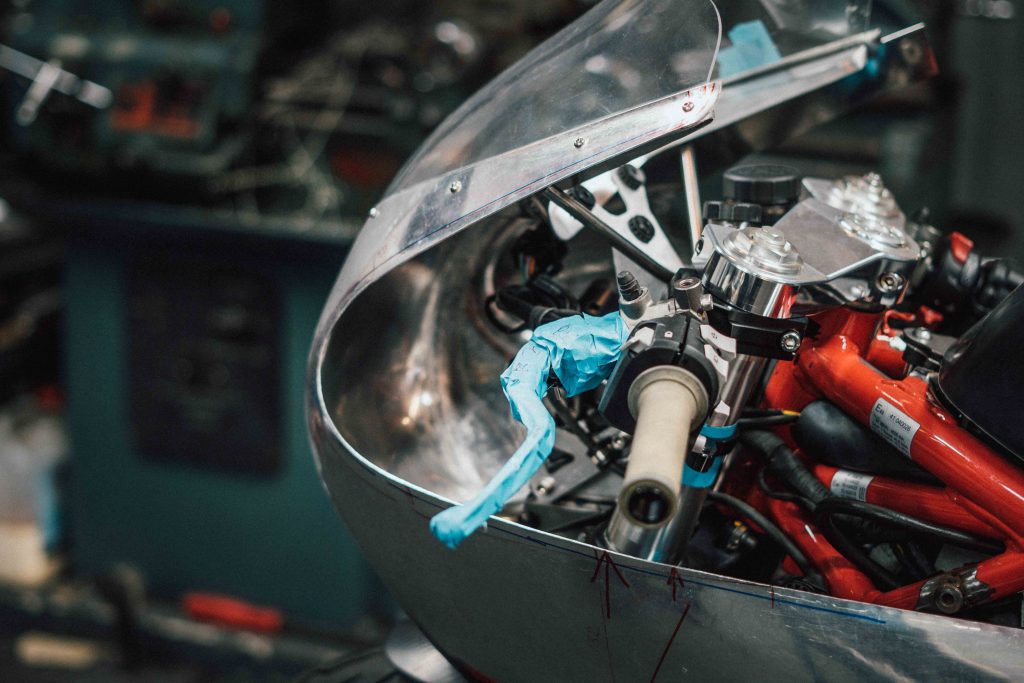 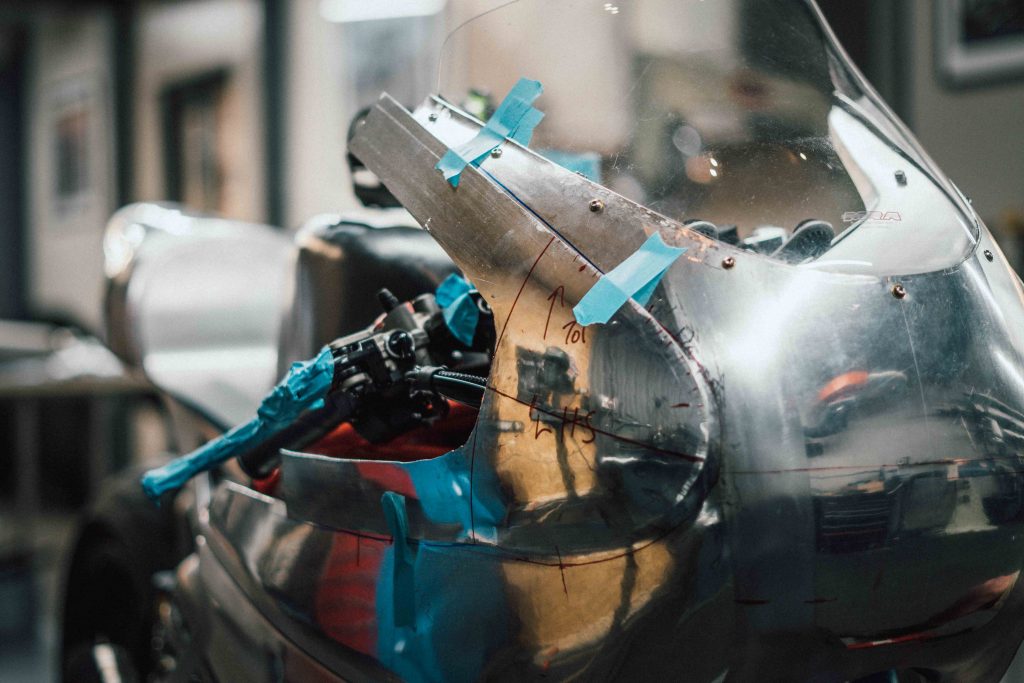 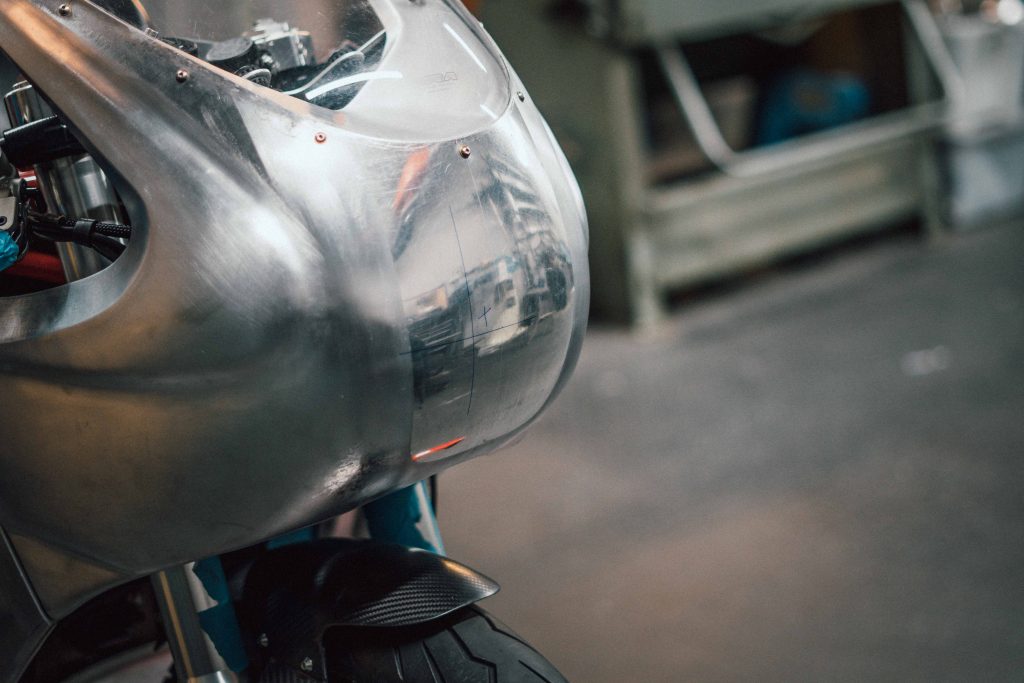 Having completed the overall shape of the fairing and its fitment to the bike, we then had the task of adding some detail and design elements. With any part, reaching an important stage such as this we like to take a moment to put all our tools away and tidy the workshop, this helps us clear our minds and clean the slate ready for the next phase of designing. 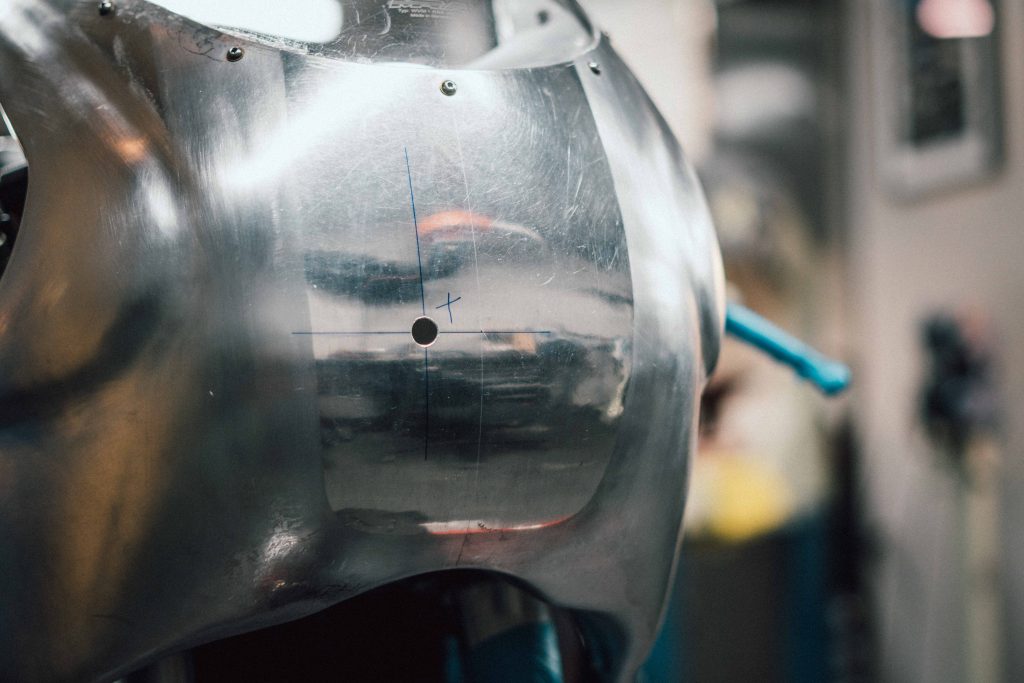 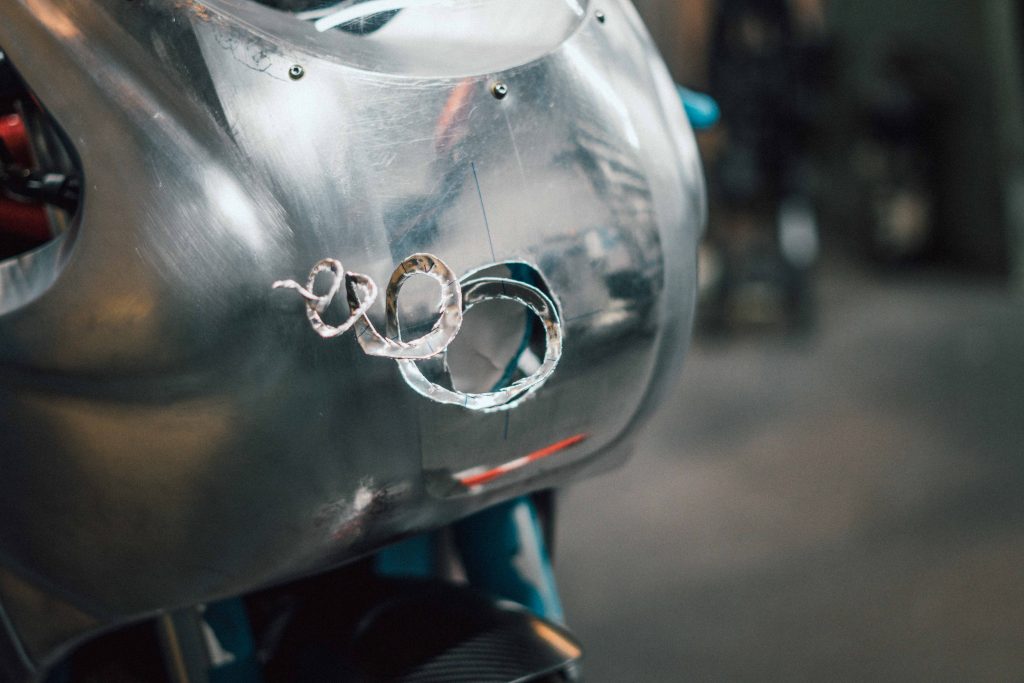 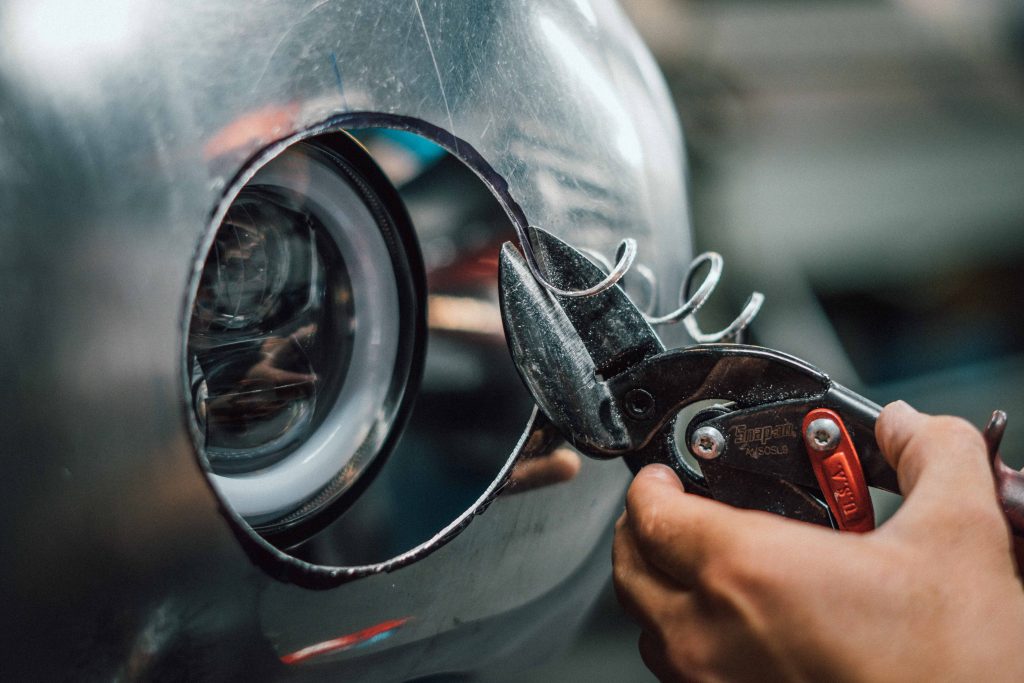 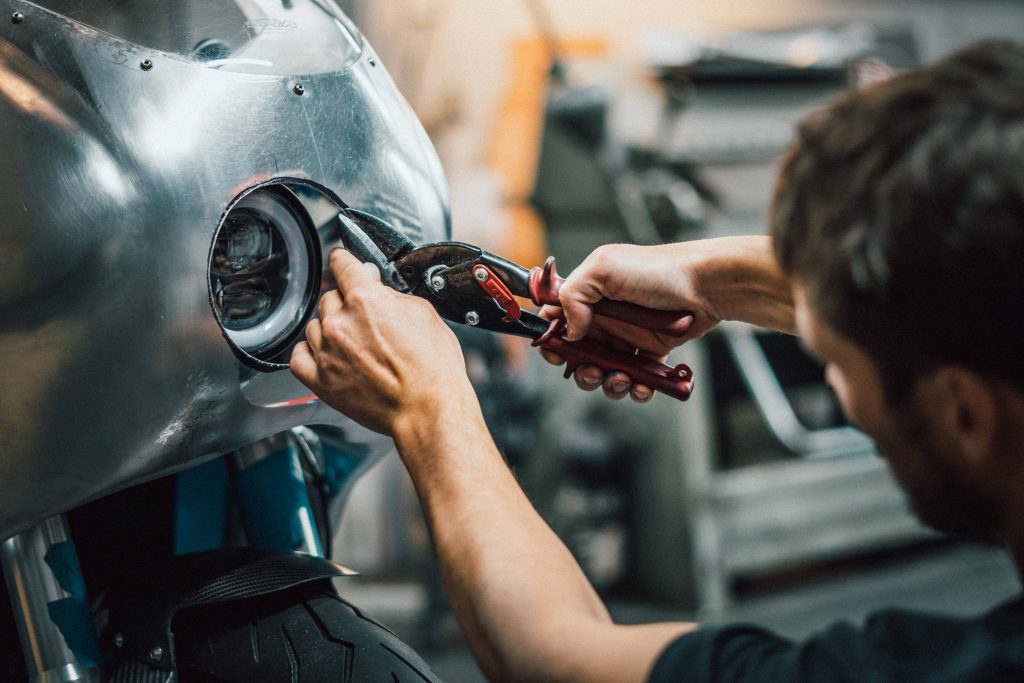 The pictures above show how we cut into the fairing before shaping and welding in the handle bar flares. From a practical stand point these help with wind deflection and allow more clearance for the steering lock and from a point of aesthetics, these help to break up the fairing and add some detail into the overall shape. 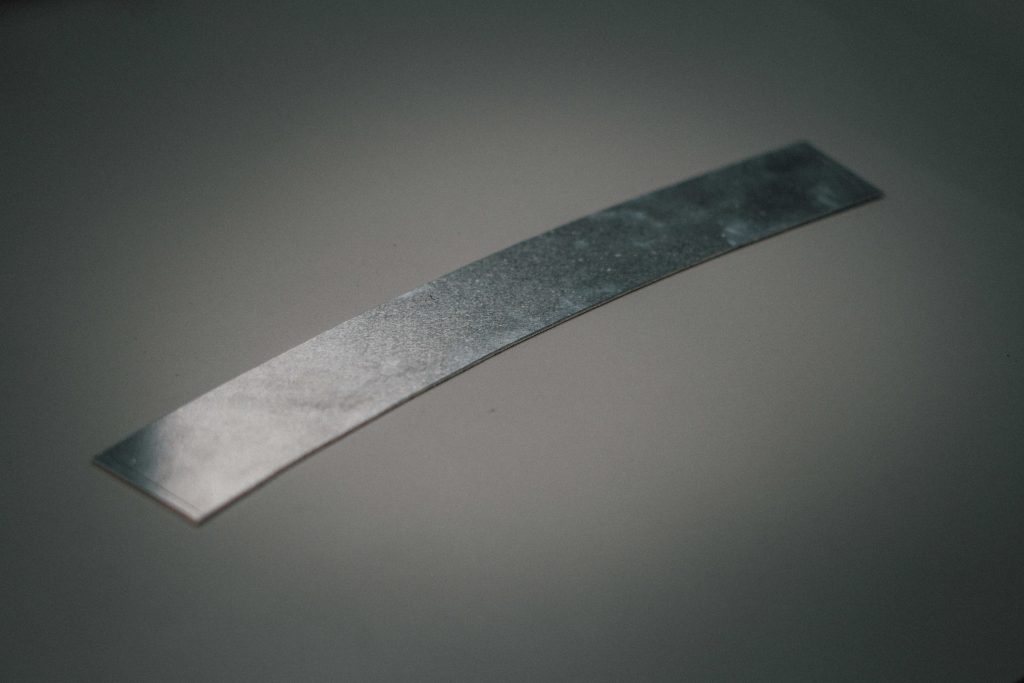 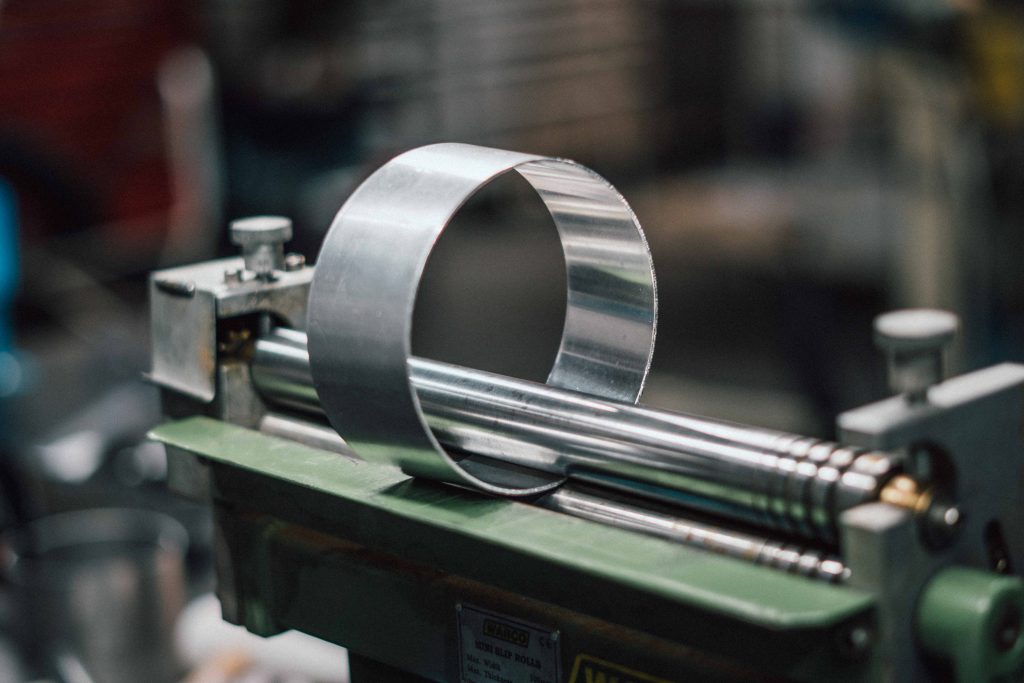 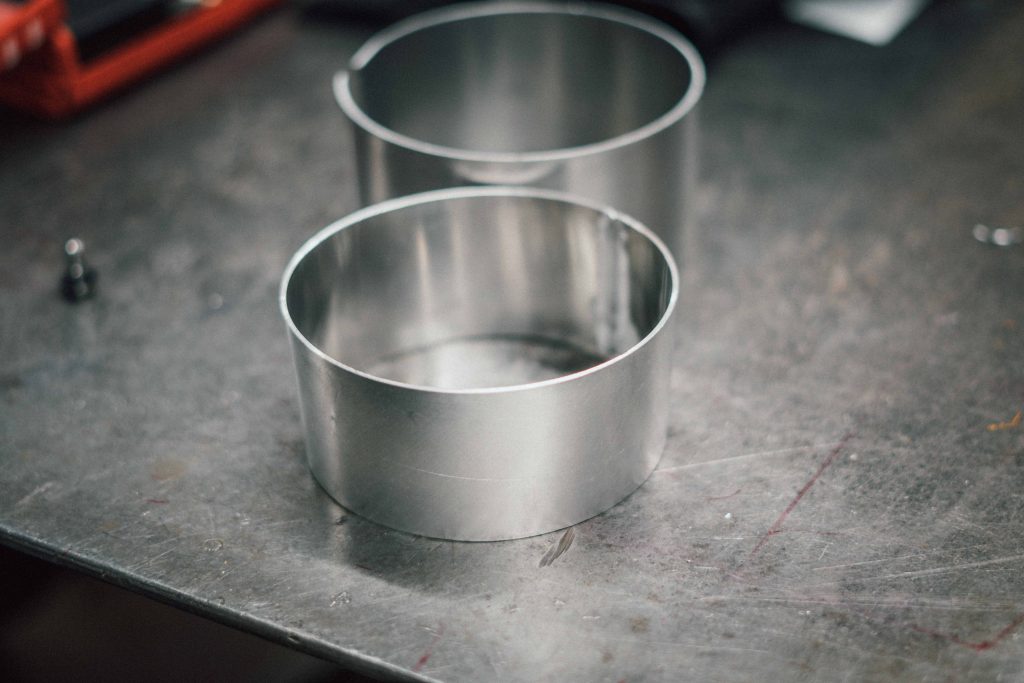 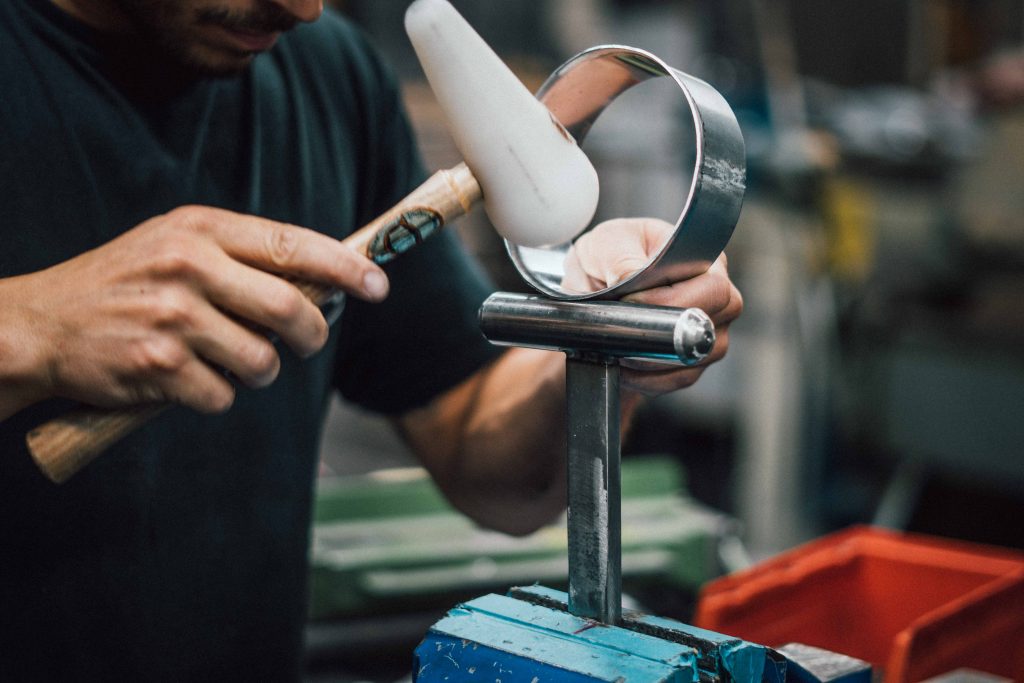 Our next and final task on the fairing was to add the opening for the headlight. We will be offering 2 headlight design options, one will consist of the exposed headlight set back into the fairing (a design feature known as ‘frenching’ used on many custom cars and hot rods) the second option is very similar but with an added quick release cover. This is a design we’ve used on some of our previous projects which keeps a very clean look while adding to the overall racing theme. 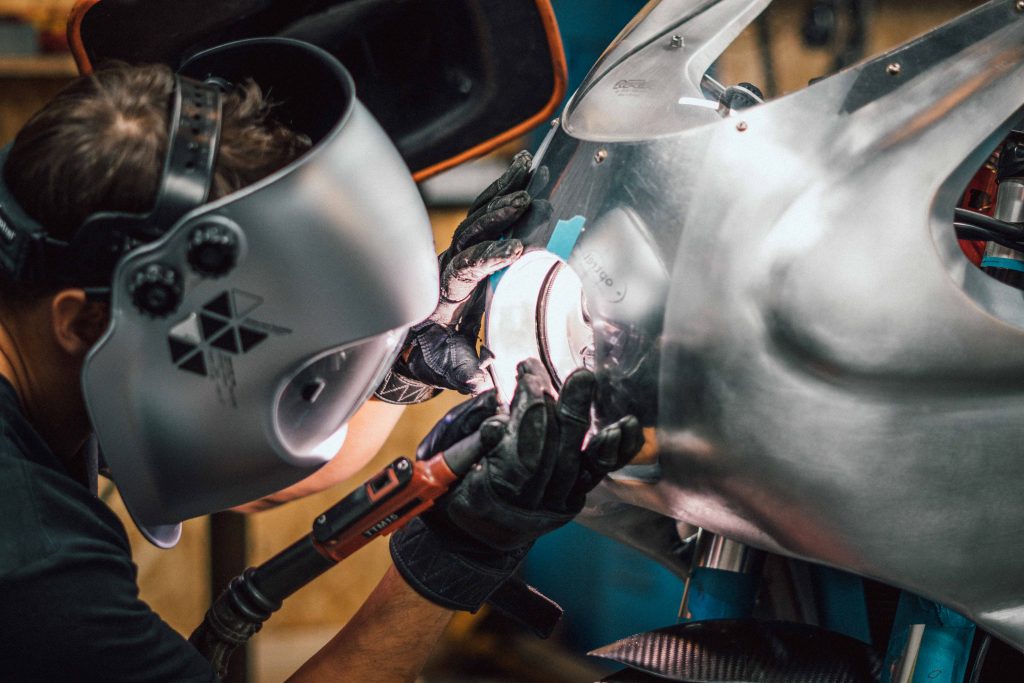 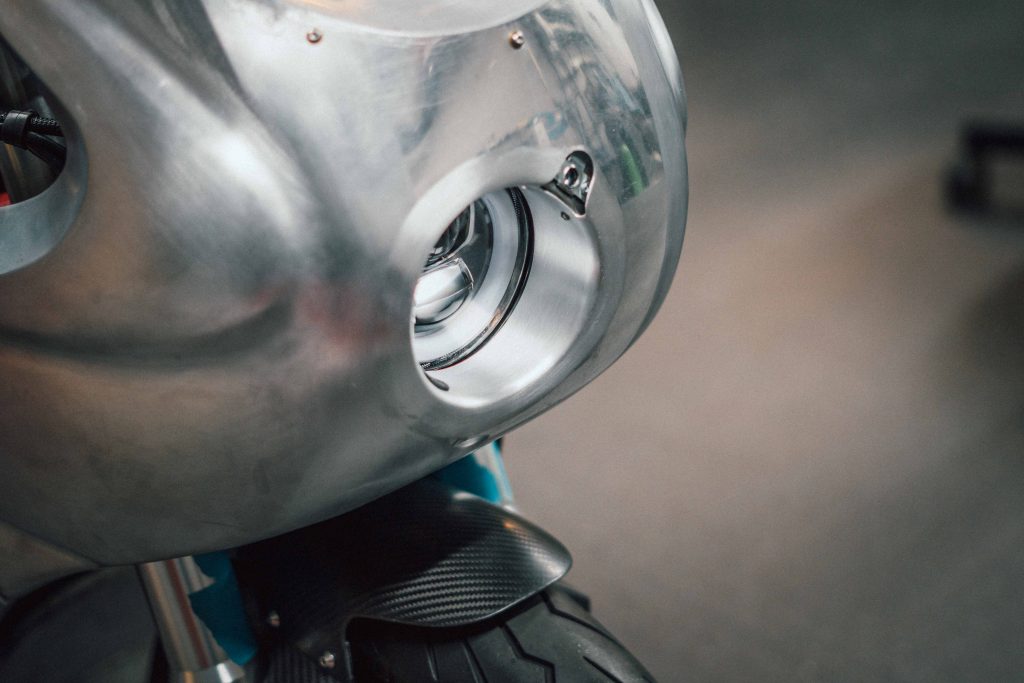 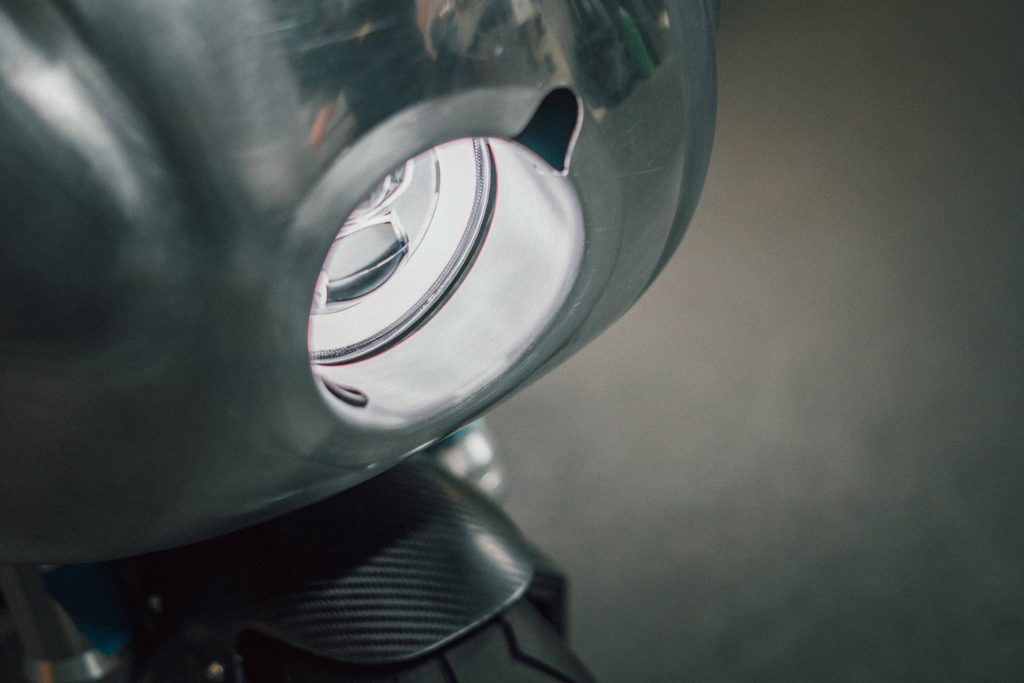 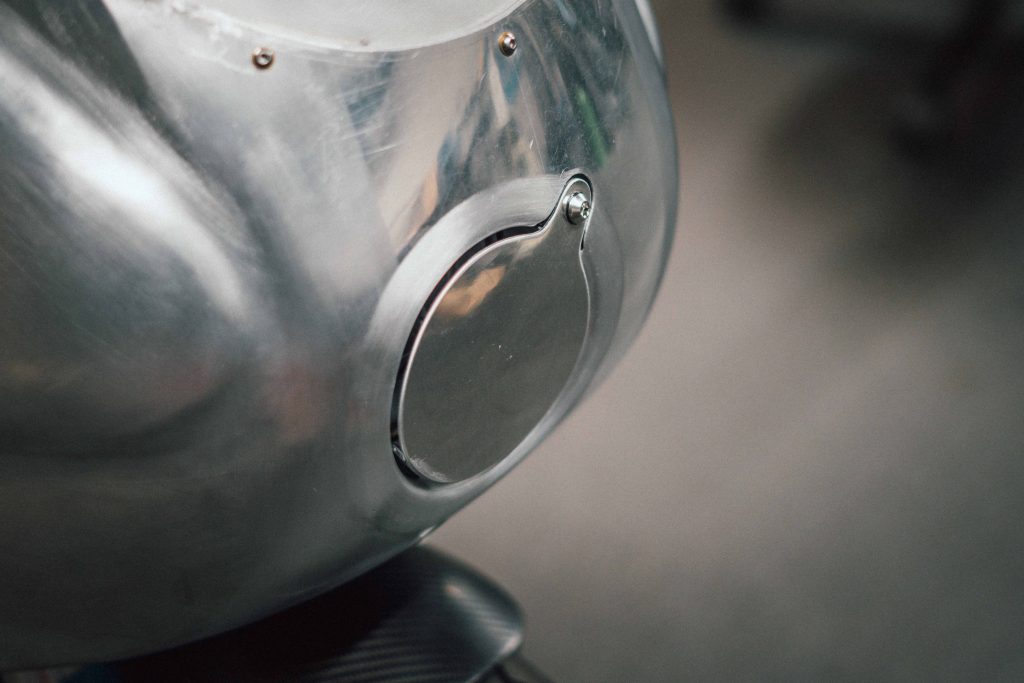 We brainstormed a few ideas on how the cover will be released but ultimately decided on an evolution of a design we had previously used on our Triumph Thruxton project.The cover will be released via a quick release fixing and can be stored under the seat in a protective cloth bag. We like how this is an interactive feature and its simplicity of use can transform the bike in a few seconds.

Turn signal mounting has also been added. We will be offering signal lights from Motogadget, their Blaze Ice and Blaze Pin as seen below. The small and understated design works perfectly while featuring high quality aluminium anodised body and an extremely bright led light. 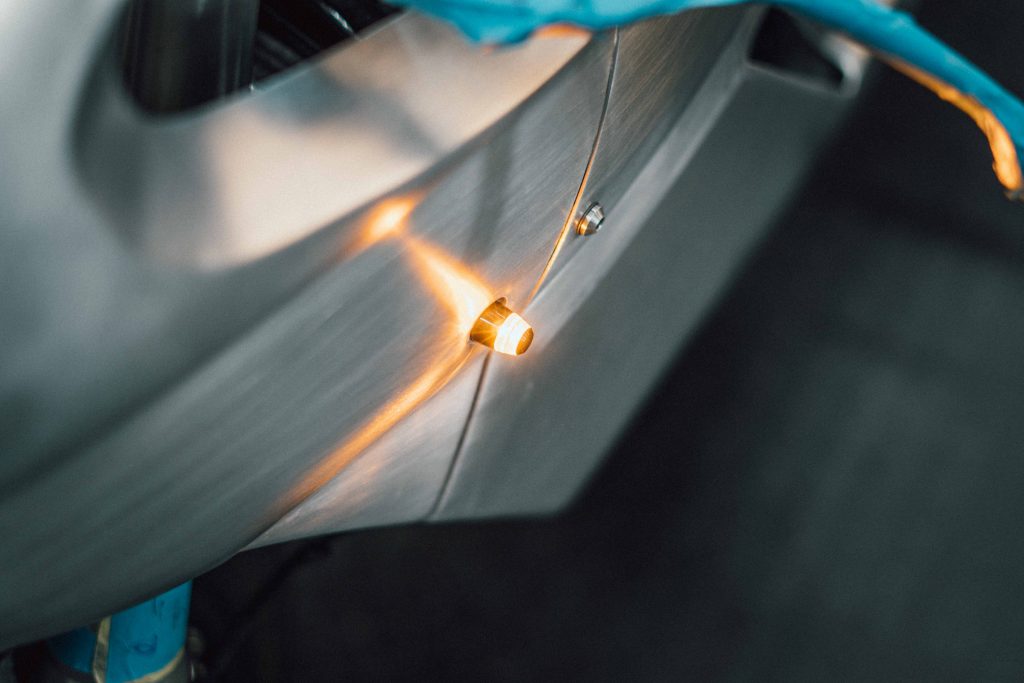 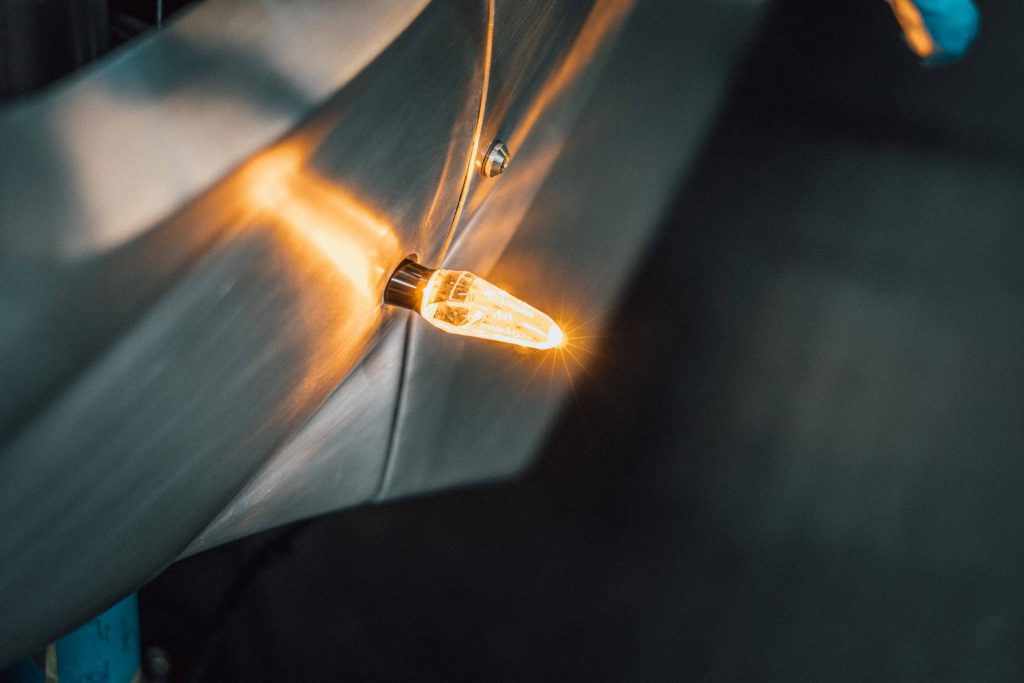 Starting to add some of these final details is opening up a light at the end of the tunnel for us, producing the prototype and tooling to recreate our motorcycles has been a long road but one we have very much enjoyed. Now we just can’t wait to show you the completed product and to begin drawing up the specifications for the first bikes and seeing them roll off our small production line!

The road ahead looks exciting, thanks for reading